We were ramping up to finish the robot up ahead of the competition, until the University recommended working from home during the current virus situation. Combined with Pi Wars being put on hold, we decided to slow down. Where does that leave us? On the hardware side, all of the sub-assemblies barring the launcher are complete, but the timing of things is such that those bits are spread out among the team’s houses. Harry has the gripper, secondary Teensy board, ultrasonic sensors, and remote control. Robbie has the launcher. Chris has the hub-cap electronics (phrases I never thought I’d write). I have everything else, which includes the 360-degree vision system, test barrels, Raspberry Pi, batteries, and of course the main robot chassis. Here’s the bag that all lives in. 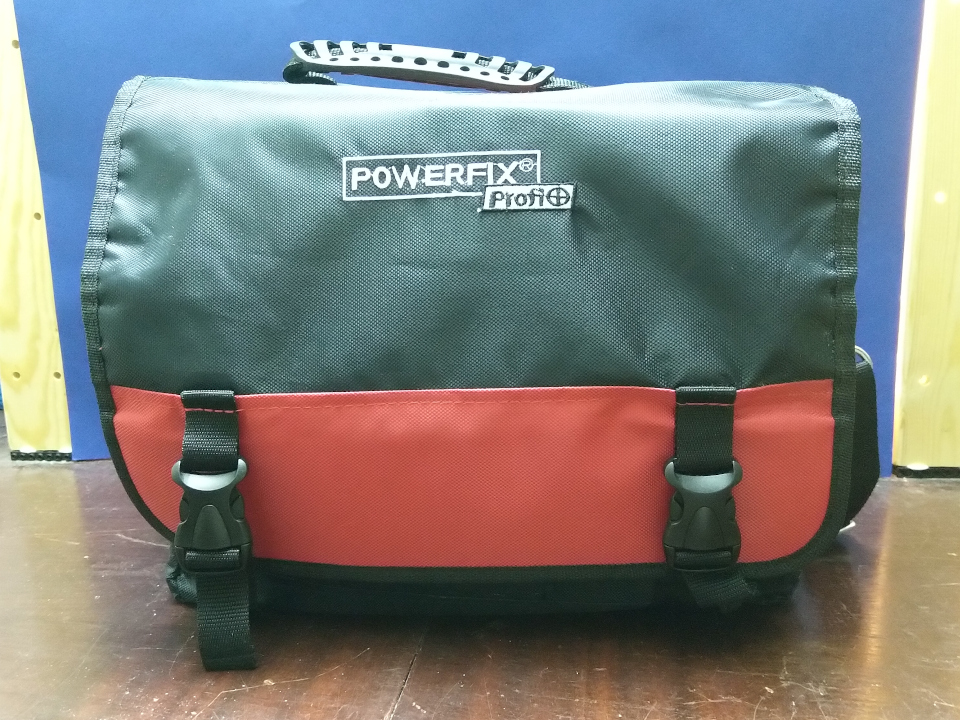 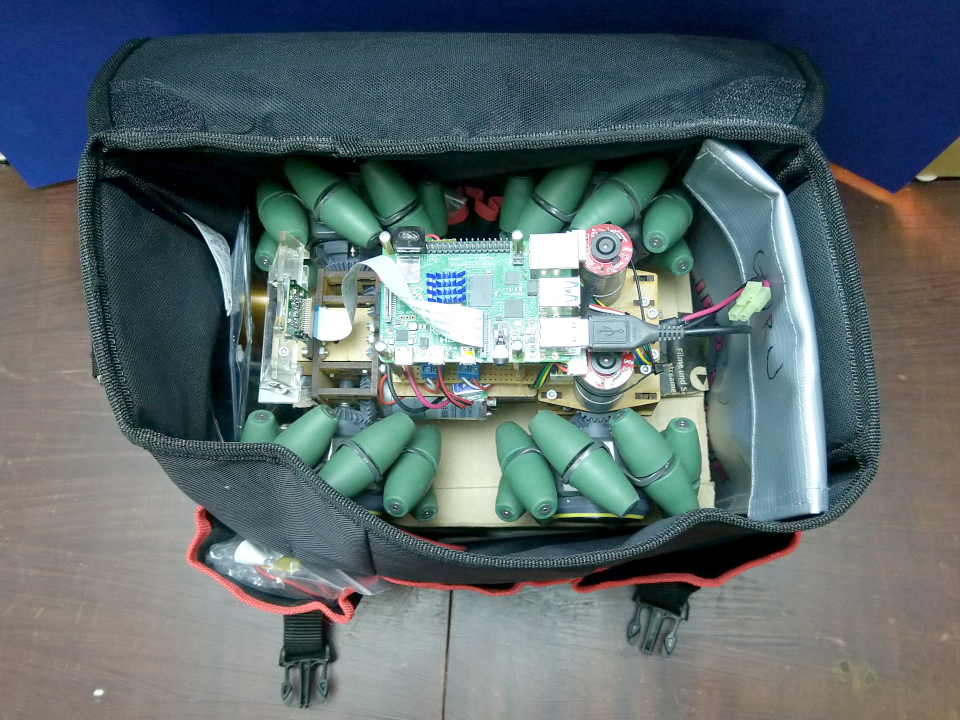 On the software side, line following and Minesweeper (see video clip below) both work and could be entered into the competition. Next up was for me to work on the code for the maze. Blayze had the 360-degree vision system de-warping, but still needing some work on detection and data transfer to the Pi. Simon was still working on Eco-Disaster, which needed the 360-degree vision system before it could be tested on real hardware. Harry was working on the ultrasonics, RGB lighting, and remote control code. Chris needed to finish off the motor driver Teensy by adding waypoint navigation. (There are some blog posts we all still need to do too…) When you list it out like that it sounds like a lot, but we were all working in parallel, so I’m confident it could all have been done. )

“Have been” you’re wondering? You’ll notice the last paragraph was written in the past tense. As Pi Wars 2020 has been postponed and given the current logistical challenges, we’ve lowered the priority on Pi Wars for the moment. As sad as that makes us, we’re still excited to compete and absolutely ready to complete things when a new date is announced.

A new date has been announced! (Sort of!) Virtual Pi Wars is coming up in a month, and we have started putting together a video for it that will outline our robot’s design and features, and show it in action as much as we can with the small test course I have here at home. And oh yes, we have a robot name now! The ShefBot Mark 1b. Coming soon. 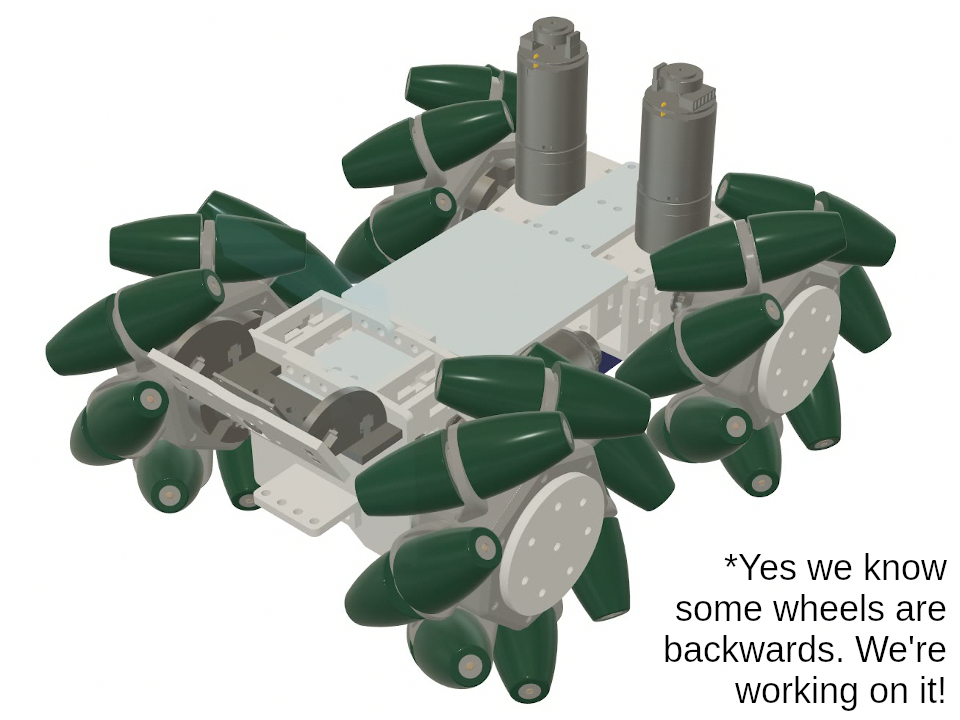